Looking for the most innovative motorcycle accessories on the market? Shop ciro3d.com today!

This was one of our best rides, unbelievable scenery, stunning hill sides and of course the “Tail Of The Dragon“. We did this ride over Memorial day, left in the afternoon and rode to Nashville from Memphis.  This is a short 3 1/2 to 4 hour ride but we got there during day light hours.  Stayed downtown off “Printers Alley” in a hotel next to all the night life, if you like live music this is the place to be.

Next morning we were off toward Pigeon Forge, a very cool place to visit, quaint shops great restaurants and bars. Crazy but we were there during a bike rally we didn’t know about, there were 1000’s of bike everywhere which was awesome.

So all of the stories of the “Tail Of The Dragon” had my wife freaked out, all along the way at gas stops other bikers would engage us and she would ask them about it and they would share how scary it was, funny.

The Dragon is an 11 mile run but has 318 curves.  From the TN side it ends up in Deals Gap, a cool little store, gas and restaurant stop .  It’s a 25 to 35 mph run but you will see crotch rockets cranking it with knees dragging the ground which is crazy because you can ride up on a Harley doing 25 mph and that’s not going to end well.

On our return trip on the Dragon we did come up on an accident, apparently a crotch rocket flew off the road at a high rate of speed with no guard rail.  After doing the Dragon, my wife says “That wasn’t so bad”.  Had to stop at Deals Gap and buy a T shirt of course.  We rode the country side for the next two days, beautiful scenery with elevations that reach 6000′. 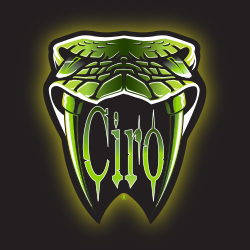